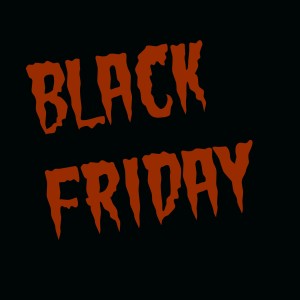 I went Black Friday shopping once. Once.

Once was enough for me. It’s been years since that early morning craziness and I think I have finally recovered from the trauma.

I had never heard of Black Friday until a friend told me how excited she was about “mapping out” the stores she and her sister would hit in the wee hours.  She explained how, after the turkey was consumed and everyone was in their turkey coma, she and her sister would gather all of the sales ads from that day’s paper and plot their plan of attack. Friday morning, she was back with a carload of  “great deals” before I had even finished my second cup of java.

I’m not sure why I had never heard of the Black Friday phenomenon.  Maybe it’s because when I was growing up in Boise, Idaho, there was not a mall or Wal-mart or Target or Best Buy.

But one year, I decided that getting my girls Christmas presents for next to nothing was worth the lack of sleep – so I joined the Black Friday craziness.  If you have never experienced Black Friday and decide to try it, let me warn you.  Don’t try it on your own!  Take a professional!

I wish someone had warned me.

I naively got up, quietly snuck out of the house and drove to Wal-mart at 4am.  Apparently, I missed the mad dash to get in the store (which occurred at 3am) but once inside, the frenzy was in full force.  I was a little shocked at what was going on but then my competitive side kicked in and I grabbed a cart – pushing my way into the crowd of “great deal” seekers.

And then I was stuck!

Stuck in a row of carts.  The other shoppers and I were like a train snaking through the store.  I could not jump the tracks and push past the carts in front of me to make my way to the aisle that held the “great deals” I was seeking because there was another train of carts snaking down the aisles in the opposite direction of my train.

Stuck.  No room to pass.

If I saw someone frantic to get to a certain item, I felt like I was missing out if I didn’t push my way to see what it was.  That’s how I ended up with a wooden train set and three Cabbage Patch fairy dolls! My girls never played with trains and were not big on dolls either – especially freaky looking fairy dolls!  But because the people near me thought they were a good deal, I put them in my cart.

After awhile, my competitiveness subsided and my claustrophobia kicked in.  I had to get out! The only chance I had to break out of the cart train forced me into the freezer section.  I did NOT need any frozen food but, apparently, there were “great deals” there too – according to the frozen food section frenzy.  I came to my senses right before I reached for that frozen pizza.

When I got to the front of the store, I noticed a lot of men parked with carts.  Full carts!  Those were the pros!  They waited at the front of the store while their Black Friday Partners ran past the carts on the floor to grab the deals.  They had walkie-talkies to signal where the good deals were and give instructions.

“Honey, they just announced TV’s for a dollar!  Run to electronics! Run!”

I was exhausted and cranky after only a few hours and decided I had had all of the Black Friday “fun” I wanted.

You should have seen my husband’s face when I showed him the train set and fairies!  Even if I wanted to shop on Black Friday again, I’m pretty sure I wouldn’t be allowed.

I have a great train set in my attic waiting on a grandson to play with it some day.

The Cabbage Patch Fairies? I think they became dog toys – because my girls thought they were freaky looking.  But they were a great deal!

Happy Black Friday to all of you crazy people.  May you fill your carts and cars with great deals.  Great deals you really need.  And may you be able to sleep the afternoon away.

A good woman is hard to find…

She shops around for the best yarns and cottons…

If you need me on Monday, I will be sitting with my coffee…at my computer…in my Pjs…shopping. Let’s hear it for Cyber Monday! 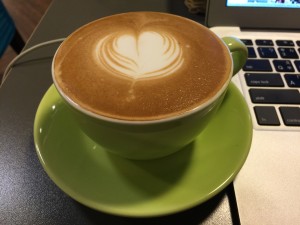 Do you love or hate Black Friday? Tell me your best and worst stories.