Jack and I hadn’t been dating long when we drove from his hometown back to college. We took a casual route on some back roads. I had my feet on the dashboard, singing along with the radio and enjoying the gentle, rolling hills when Jack said, “Look at that dead cow on the side of the road!”

It was bloated and on its back. Feet sticking straight up.

“Let’s stop and take a picture with the cow,” were the next shocking words that came out of Jack’s mouth as he slowed the car.

“Noooo, it’s been dead a while and it’ll stink! Why in the world would you want to do that?” I questioned.

“It would be funny!” 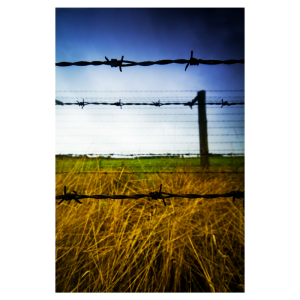 I looked at him, trying to gauge whether he had lost his mind.

We didn’t stop and take a picture with the stinky, dead, bloated cow.

And we’ve regretted it ever since!

It was a symbol of a carefree, spontaneous life filled with crazy, young love. A reminder of a time when we were mostly worried about how much we loved each other and how we could spend as much time together as possible (and still pass our classes.)

Over 30 years later, we recently drove the same back roads. We aren’t nearly as carefree or spontaneous. Life has a way of driving that out. (Pun intended.)

We got married and then got busy with careers and climbing the ladder of success.

One of our mentor couples told us when they fought they got a paper grocery sack, cut out the bottom and stuck their faces in each end of the sack. It kept them from raising their voices at each other, forced them to make eye contact, and it blocked out everything else going on around them. We tried it once and ended up just laughing.

We opted for the “fight naked” technique. (Sorry, girls!) Our fights were pretty short though.

We moved cities and changed jobs. We bought and sold a few homes.

We made memories with the girls. We attended dance recitals, swim meets, choir concerts, musicals and Friday night football games to cheer on and support the girls. We took vacations and “staycations.” We listened to the girls laugh with each other and scream at each other.

We took care of dying parents and grandparents.

A picture of a young, in love, carefree couple in front of a dead cow would have been a welcome reminder of joy when the challenges came.

When the babies were up most of the night

When a daughter threw up on the carpet – again

When the teen missed curfew – again

When the car wouldn’t start

When travel kept us apart

When sickness and worry crept in

Even without a picture of a dead cow, through it all, we have remained friends and in love for over 30 years.

But if we see a dead cow on the side of the road ever again, we’re stopping for a pic!!!

Two are better than one, because they have a good return for their labor: If either of them falls down, one can help the other up. But pity anyone who falls and has no one to help them up. Also, if two lie down together, they will keep warm. But how can one keep warm alone? Ecclesiastes 4:9

How about you? Is there something that reminds you to laugh more and worry less?