For the past several months I have been thinking about privilege and what that means and what that looks like. Four men helped shape my thoughts and I want to share them with you. This post is longer than usual so grab yourself a cup of java – or stiff drink.

Man #1 – He grew up in West Texas and lists his birthplace as “in Mitchell County in a farmhouse by a creek.” He and his brother spent their days as elementary age boys picking cotton in their bare feet. At night, they would lay on the floor and prop their feet on the arm of their mother’s rocking chair and she would pick stickers out of their feet. They rode a mule to school wearing the same overalls everyday and shoeless. They had to save their one pair of shoes for church on Sundays.

Man #1 missed the first six weeks of school during his 7th grade year because there had been a drought in West Texas and the crops had dried up but the farmers in New Mexico were using irrigation so his dad loaded his family in the truck and they went to New Mexico to find work. His parents slept in the back of the truck and he and his brother slept in a makeshift tent next to the truck. During the day, he worked in the fields picking crops.

Man #1 graduated from high school and got married. When their first child was born, he took a job cleaning a department store at night for $5 a week plus a room in the basement for he and his little family to live. One day, he approached the storeowner and asked if he could work for a week on the department store floor for free. At the end of the week, Man #1 had out produced the other workers and was offered a job. He worked hard every day after that providing for his family. After working for 38 years in a job he hated every day, he “retired” and ran a successful business until he was 78 years old. When asked why he worked for 38 years in a job he hated every day he replied, “Because I was grateful to have a job. In my day, if you had a job, you kept your job.”

On the deathbed of Man #1, he was making an unusual hand gesture. When his son questioned what he was doing, his reply indicated he was picking cotton. Man #1 was born a cotton picker and though he worked hard for shiny, new cars and new houses, as well as, furs, fine clothes and jewels for his wife to drape herself in, he died a cotton farmer.

Man #2 – He lived on the Texas Gulf Coast. At the age of 12, he had a business raising rabbits to sell to local restaurants. Until high school graduation, he worked different jobs. He went to college and started a company back in his hometown when he graduated. When he was called up for duty during WWII, with nothing but a handshake, he left his thriving company in the hands of his business partner. After the war, he continued to grow his roofing business – think hot tar in blistering South Texas heat.

Man #2 had such success he was able to retire to his ranch in the Texas Hill Country at the age of 50. He couldn’t sit idle so he created a working cattle ranch. He often hired workers from Mexico to help on his ranch. They came across the border and worked extremely hard to provide for their families back home. Man #2 was grateful for their help and treated them with courtesy and compassion.

Man #2 was a man of integrity and great humility who held places of honor in his community. He believed land was the best investment anyone could make. He talked a lot about doing the “right” thing regardless of what others thought. He loved his children, his grandchildren and great-grandchildren. Above all else, he loved his wife.

Man #3 – He loved to play hard but he also worked hard. One summer working in the oil fields as a roughneck in the South Texas heat taught him he wanted to go to college and get a job in an air-conditioned office. He got a collegiate football scholarship by hitting hard and getting hit hard – losing his front teeth to prove it. That scholarship wasn’t enough to cover the expenses so he joined the ROTC to help cover other expenses. That meant he would owe four years to the military when he graduated from college. Even though his parents both worked, they couldn’t afford to send him to college without financial help from scholarships. Student loans like we have today weren’t popular yet. If people wanted to go to college, they worked hard and sacrificed. 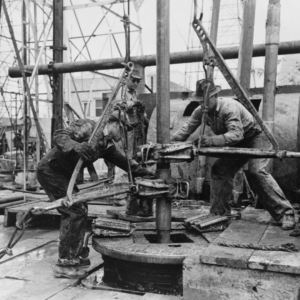 Man #3 got married to the girl he had dated since he was 13 years old before he graduated college. When he had a daughter and his wife wanted to stay home with her, he took on a third job. Man #3 spent the next 40 years working hard to provide for his growing family. He became a successful businessman who refused to buy a new car until the one he had would no longer run. He provided for his children but also taught them to work for what they wanted. He took out second mortgages on his home so his children could attend college without going into debt or having to work multiple jobs.

Man #3 gave a lot of his money to charity. When talking to a financial planner to discuss his retirement options, he was told to quit giving away so much of his money. Man #3 didn’t live extravagantly but gave generously.

Man #4 – He had his first job when he was 14 years old. He rode his bike to a nearby nursing home and got a job sweeping floors. To this day, he is marked by what he experienced there. Later, he worked at a nearby auto parts store until high school graduation.

Man #4 had little parental guidance about college or a career – but he went. He loaded his car with belongings and drove to school. No one to move him, help him get settled and make sure he had everything he needed. He just went. During his college summer, spring and winter breaks when others were heading to the beach or to the slopes, he went home and worked on his brother-in-law’s masonry crew.

When it was time for graduation, the economy was at a low point and though Man #4 had a degree from the engineering department from a very prestigious university, the only job he could find was selling telephone systems and fax machines. His account list was a telephone book! For years, he thought the job was a mistake but it taught him the hard way how to sell a product. 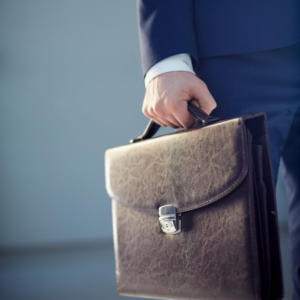 Man #4 climbed the ladder of success –which often meant he was on an airplane leaving his wife and kids. Even with his extensive travel schedule, he never missed a recital, musical or important events in his daughter’s lives. He left meetings early or went late so he could be there for those important moments. He provided well for his family by working hard. He laughed with them and loved them.

They are my grandfathers, my father and my husband.

I believe there are many people like this in our country who worked hard for what they needed – and wanted. I pray we will have generations that follow who are just as bent on creating a good life for themselves and those they love.

Work willingly at whatever you do, as though you were

working for the Lord rather than for people. Colossians 3: 23

All hard work brings a profit, but mere talk

leads only to poverty. Proverbs 14:23

Tell me about the people you know who have worked hard and sacrificed to make a better life for themselves and those they love.