It’s the middle of the night and I wake to hear music. Music? At 2:00am? Oh, yeah, now I remember. My grandbaby is visiting and she sleeps to worship music playing all night long.

This is the child of the child of mine who often listened to music I highly and vehemently disapproved of when she was a teenager.

More than once I drove down the road listening to a CD my granddaughter’s mother (aka, my daughter) had pushed into the car’s CD player that I didn’t approve of. I wasn’t a prude. As a teen, I listened to RUSH (even though my youth group leader was convinced that if I listened to it backwards satan would tell me to kill my offspring) and to sex crazed guys like… Rick Springfield. I owned the first Sugar Hill Gang album and sang along to “Tonto Jump On It.” (In my day, that was rap.)

Music is always pushing the envelope and when I was a teen, I was glad to walk on the wild side so I understand the allure.

When my girls were growing up, we had “summer mixes” with Queen and Matchbox Twenty. Britney Spears and Red Hot Chili Peppers.

We had a “boat mix” with everything from Redneck Yacht Club to Walking on Sunshine.

And we had some edited versions of rap songs.

But when rappers started rapping about inappropriate things, I would pull the “Shelly Move.”

The “Shelly Move” was smooth. While my daughters were enjoying the beat and the inappropriate lyrics I would – in record time – before anyone in the car knew what was happening or could compute how to stop it – steer with my knee, use my left hand to roll down the right front passenger window, push the eject button with my right hand, grab the CD as it appeared in the slot and fling it out the passenger window.

All before anyone in the car could react, respond or protest. Good-bye rapper with lyrics that are inappropriate and demeaning. 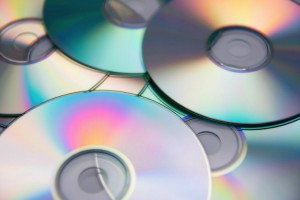 The only regret I have is that many a Texas highway is littered with CD’s with bad music on them. For that, and that alone, I apologize.

When my girls were at school, I sat at the computer going through iTunes and deleted any songs with the red “explicit” next to the title. (No one in my house bought those songs but they mysteriously showed up on our home computer. Hmm…)

And now. My offspring’s offspring sleeps to the sound of life-giving music. Music that tells her there is a God who loves her. Who cares for her. Who calls her to Himself. Who will guide her.

Moms, don’t be afraid to fling the crap out the window!

Finally, brothers and sisters, whatever is true,

if anything is excellent or praiseworthy—think about such things.

I will sing of the mercies of the Lord forever;

With my mouth will I make known Your

faithfulness to all generations.  Psalms 89:1

To paint an accurate picture of my teen years, while I might have listened to the precursor of rap music and songs like “Gypsies, Tramps and Thieves,” I also listened to one of the first worship albums produced by the Maranatha Singers. And my mom took me to Jesus Northwest in the 70’s which was a Christian Woodstock of sorts – people camping in fields listening to music – Christian music – and saying things like “God is groovy.”

Thank you, Mom, for fighting hard for me!

How do you fight for your kids?