Fear or Fear Not 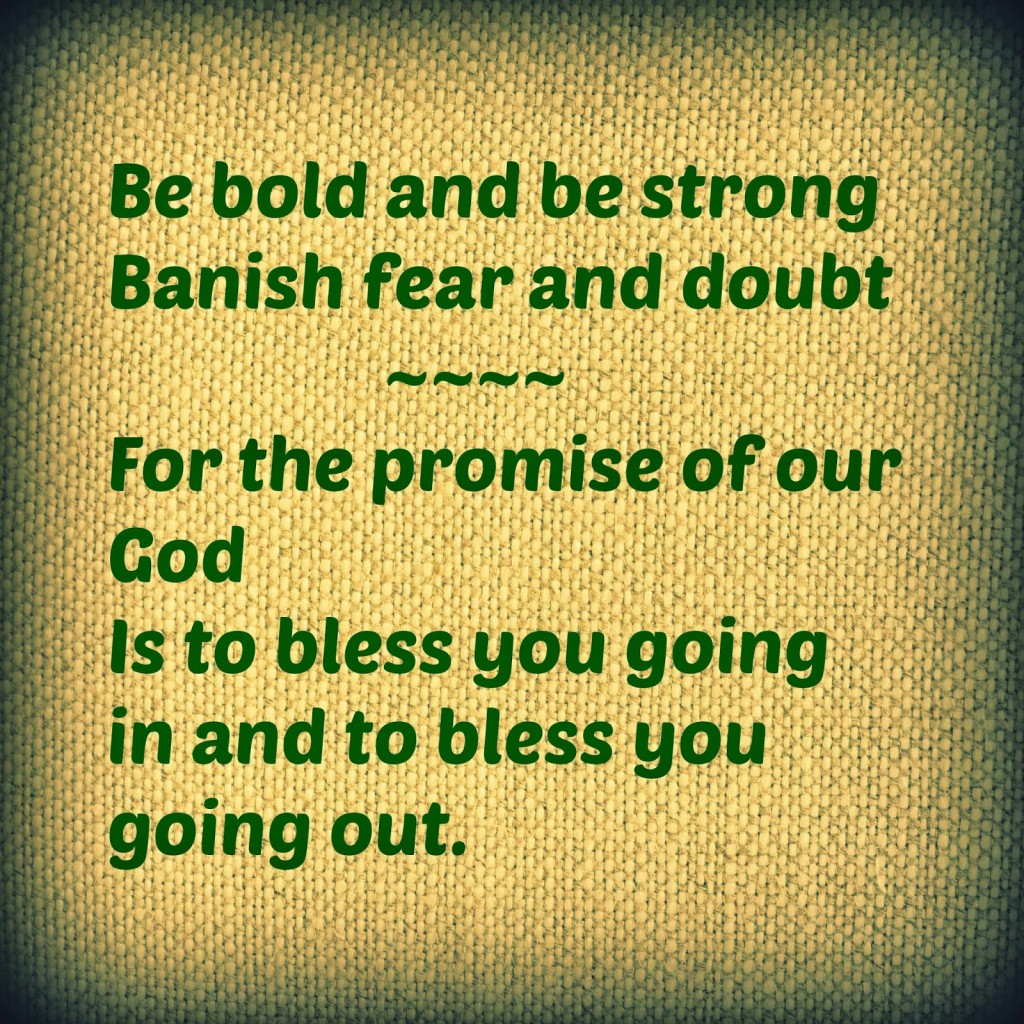 It’s been a little over three weeks since my 23-year-old
daughter had a preventive double mastectomy.
She is moving into the healing stage just like she moved into the
surgery stage – with bravery.
I have spent the last three weeks processing many emotions
and helping others to process theirs.
Leading up to the surgery, I had to deal with those that do not
understand. Those that thought the surgery was done out of fear.  It was hard to convince them that it was more
an issue of common sense.
Remembering a time that my own boldness was mistaken for
fear still makes me cringe.  It had not
even been a year since I buried my full-term, stillborn son when a “friend”
stopped by my house to drop something off one day as I was backing out of the
driveway.  We stood in the driveway and
visited for a minute before she asked where I was going.
“Just running by the OB’s office to hear a heartbeat.”
I was pregnant again.
“Shelly,” she replied with complete sincerity, “you should
have more faith then that.”
I tried not to physically rock back on my heels from her
verbal blow.  I steadied myself and then
caught a glimpse of her infant son in her back seat.  She questioned my faith?  Her son was alive and well and sitting just a
few feet from her!  My son went straight
from my womb to my arms and then to his grave!
“If I didn’t have faith, I never would have gotten pregnant
again.  It is only by faith that I can risk the pain of losing a child again.”
I honestly cannot remember if we ever spoke again.  Not because I was mad.  Just because.
They moved not long after that hurtful conversation and I didn’t pursue
the friendship.
I took the chance of burying another child because of a
boldness in my faith.  Not out of fear.
My daughter elected to have a mastectomy not out of fear but
out of boldness.
I married into a family of bold women. These women knew
their grandmother died of breast cancer and that their mother took care of her
two-year-old brother.  These women
watched their mother suffer from breast cancer and then helped to raise their
two-year-old brother (my husband.)  These
women watched their sister suffer from breast cancer and have tried to keep her
memory alive for the four boys she left behind.
These bold women grabbed a hold of life.  They had mastectomies thirty years ago when
it was completely uncommon.  They blazed
the trail for their daughters ~ who then stepped out in boldness and made the
same decision. This next generation blazed the trail for my daughters.
Not out of fear.  But
out of a boldness – or, as we see it, simple common sense. But sometimes it
takes boldness to take that common sense step.
I am grateful.  If not
for them, I believe that my daughter would not have made the choice at age 23
to cut her chances of breast cancer from 87% to less than 1%.
Boldness. Not fear. Faith. Not fear.
In the day when I cried out,
You answered me,
And made me bold with strength in my soul.

Psalm 138:3
Are you fearful?  Then
cry out to God and he will give you strength and boldness.
So be strong and courageous,
all
you who put your hope in the Lord!
Psalm
31:24
So we may boldly say:
“The Lord is my helper;
I will not fear.
What can man do to me?
Hebrew
13:6
Stealing the lyrics of the “The Donut Man”  ~  “Be
bold and be strong, banish fear and doubt, for the promises of God are to bless
you going in and to bless you going out.” (Interesting fact, my girls went to bed at night and drove around in my car by day, listening to those words being sung. I prayed then and continue to pray now that those seeds planted sprout and take hold.)